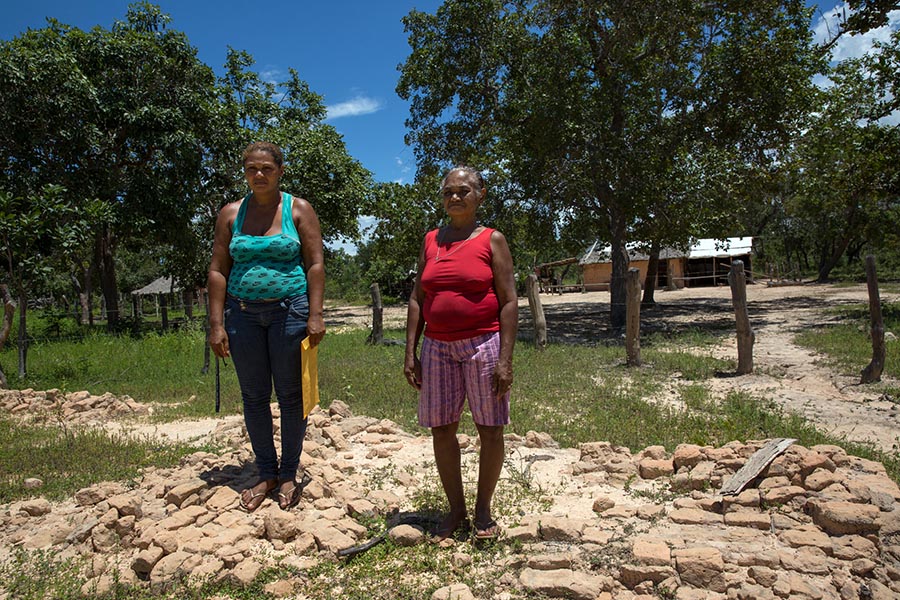 The traditional riverside community Brejeira Salto, located in the rural area of Bom Jesus in Piauí, had its collective title granted. The granting of collective domain by the Piauí Land Institute is a very important achievement for the communities that claim the right to land in the region.

The victory is a result of the organization of the Collective of Communities Impacted by Agribusiness, created by rural communities in the Cerrado region of Piauí to resist land grabbing and the advance of agribusiness monocultures. The Pastoral Land Commission, the Network for Social Justice and Human Rights, and the Association of Rural Workers' Lawyers have denounced these impacts in support of the communities.

There is hope! Altamiran Ribeiro, CPT liaison in the Diocese of Bom Jesus-PI, believes that the victory guarantees protection against the impacts caused by the company SLC Agrícola, which prevented the community's right to land. For Ribeiro, the victory is directly linked to the mobilization of women from the Salto community, because "they were the ones who mobilized the most for collective titling".

Fábio T. Pitta, researcher from the Network for Social Justice and Human Rights, observes that the region has been the target of land speculation by international financial companies and local land grabbers who appropriate community lands to facilitate the advance of agribusiness. "Collective titling will be fundamental for the communities to protect their livelihoods and food production against the social and environmental destruction of agribusiness," states Pitta.

For Maurício Correia, AATR's grassroots lawyer, the collective titling of the traditional territory of Salto is an important step to stop the devastation of the Cerrado in the southern region of Piauí, because it is the indigenous and traditional communities who best preserve and know how to use and live with the biome. "It is essential that other communities have access to this right, in a reasonable amount of time, because the land grabbing processes have been accelerated," says the lawyer.

The Salto community is located in the epicenter of the Cerrado region that makes up Matopiba, on the border between the states of Maranhão, Tocantins, Piauí, and Bahia. Hundreds of traditional communities, Indigenous and Quilombolas, who have lived in the region for hundreds of years, have suffered violence with the advance of agribusiness, which generates land grabs and environmental destruction. The communities suffer from repression, destruction of their food production, evictions, burned houses, death threats, in addition to deforestation, water and air contamination by pesticides.

The recent victory in Salto occurs a few months after the recognition of the Indigenous territory of the Kariri people of Serra Grande, in the municipality of Queimada Nova, PI. The organization of traditional communities, Indigenous and Quilombolas has been fundamental to guarantee the right to land in the region and environmental protection for future generations.