As the Amazon Burns, Students Call on Harvard To Divest from Farmland Holdings 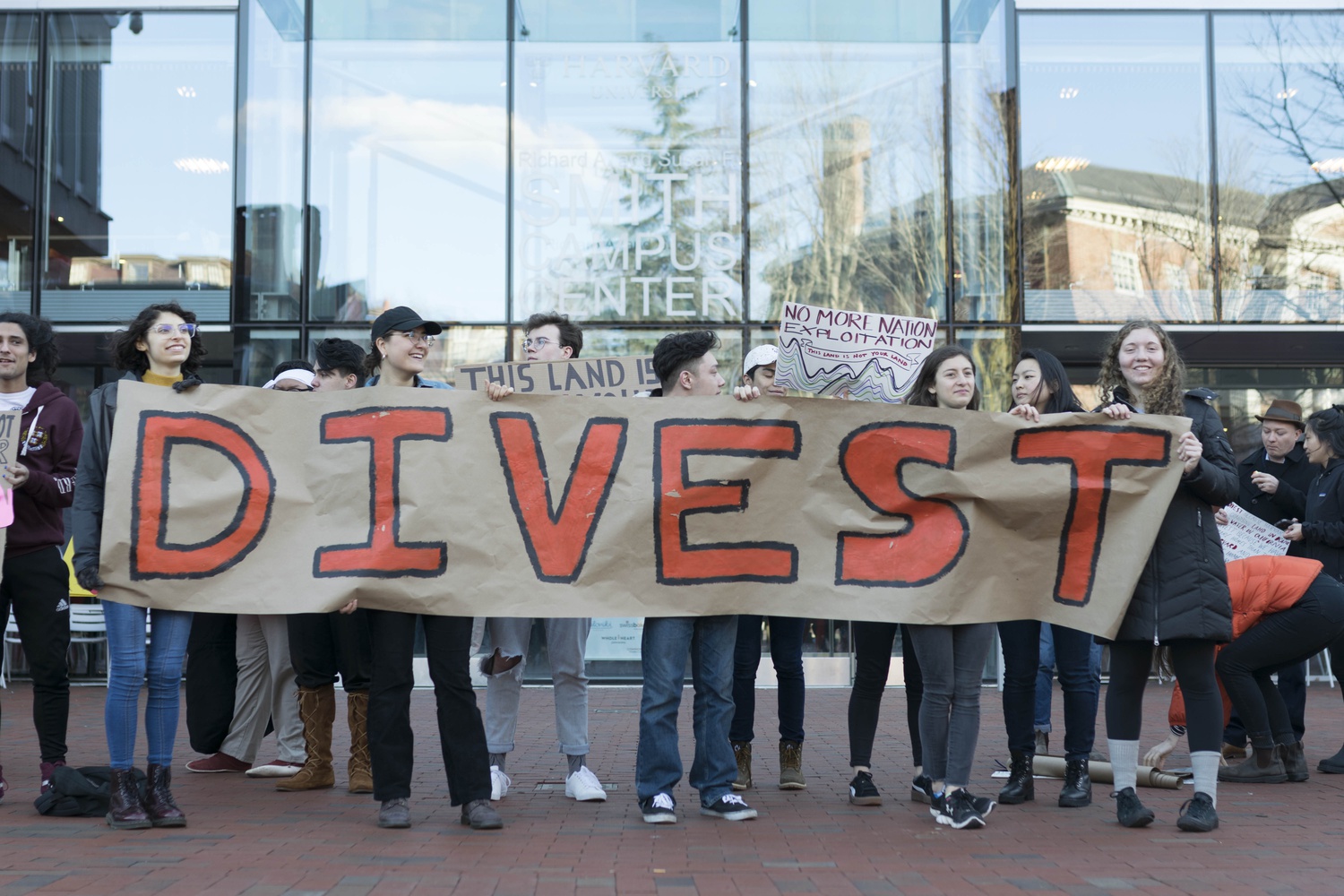 As the Amazon rainforest continues to burn, members of Divest Harvard — a student group demanding the University divest from fossil fuels — are renewing their calls on Harvard to withdraw its holdings in farmland across the globe, including in Brazil.

In a statement released last week, Divest Harvard specifically condemned the role Brazilian agribusiness has played in the Amazon fires. The statement noted that, according to a 2018 report by activist group Genetic Resources Action International, the Harvard Management Company — the University’s investing arm — owns 300,000 hectares of land in the Brazilian Cerrado, an area of wooded grasslands that neighbor the Amazon rainforest.

Recent documents cited by Divest Harvard and provided by GRAIN, however, now put that figure closer to 400,000 hectares of land owned by Harvard in Brazil.

“This appropriation of land is both a health and environmental risk and an example of land theft on an enormous scale; it has caused the pollution of local water supplies and poisoning of indigenous territories in Brazil’s bio-diverse Cerrado region,” the Divest Harvard statement read.

HMC spokesperson Patrick S. McKiernan wrote in an emailed statement that HMC is committed to working with locals affected by Harvard’s investments.

“Harvard Management Company focuses on environmental, social, and governance (ESG) factors for all of its investments, to ensure long-term value for both the asset and the communities in which we invest,” McKiernan wrote. “This commitment to responsible investing involves working with relevant constituents, including local authorities, to address any issues that arise during our investment, even if they predate HMC’s involvement.”

Harvard invests in farming operations through subsidiaries, which Divest Harvard criticized for its contributions to Brazilian agribusiness. Since the fires began to rage in early August, vast deforestation in the Amazon — spurred by farmers seeking land to grow crops and raise cattle — has threatened the loss of species and biodiversity, escalated climate change, and destroyed homes for hundreds of indigenous tribes who live in the rainforest.

“This type of investment in Brazilian agribusiness fuels the deforestation of the Amazon rainforest and exacerbates the global climate catastrophe,” the Divest Harvard statement read.
“Harvard is ignoring its responsibility of environmental stewardship and once again choosing profit over the health and well-being of people and the planet.”

McKiernan wrote in his statement that the natural resources team at HMC has “made great progress” in altering the University’s portfolio over the past few years and working with managers of their assets to improve the “land and community.”

“Their aim is to create a more focused and efficient portfolio that, in partnership with local managers, can meet or exceed our quality standards,” McKiernan wrote. “As a result, we have sold a number of assets and are considering selling others.”

The 2018 report published by GRAIN and Rede Social de Justiça e Direitos Humanos, another activist group, estimated that HMC has spent upward of $1 billion to buy up more than 800,000 hectares of land around the world.

HMC expanded its investment in emerging markets from 2005 to 2013, including investing in farmland in Brazil and Uruguay. HMC exited a $150 million investment in forest and farmland in northeast Brazil in March 2018, according to Bloomberg Businessweek.

Campbell Erickson ’21, a member of Divest Harvard, said Harvard’s investments in farmland around the world demonstrate that the endowment is not truly “apolitical” — a refrain often heard from administrators in response to divestment activism.

University spokesperson Jonathan L. Swain referred to previous statements made by administrators opposing divestment. University President Lawrence S. Bacow — following the example of previous Harvard presidents — has maintained that the school’s endowment is not an appropriate mechanism to enact social change. Bacow has also argued that the school must work with the fossil fuel industry to fight the threat of climate change and craft environmental policy.

Erickson said the group targeted Harvard agricultural holdings because it wanted to hold the University accountable for all of its investments, including those in farmland.

“It’s important that we hold our institutions accountable, and not let Harvard or the Harvard University endowment act under the radar, and use regressive or colonialist investments to fund themselves,” Erikson said. “And we, you know, I think fundamentally, we believe that the University needs to be held accountable.”

—Staff writer Alexandra A. Chaidez can be reached at This email address is being protected from spambots. You need JavaScript enabled to view it.. Follow her on Twitter @a_achaidez.