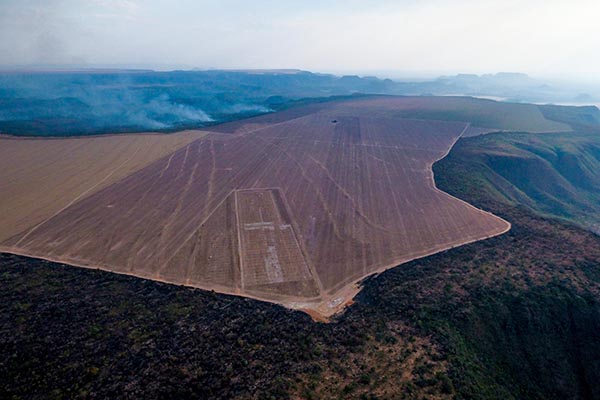 Brazil is smoldering, still. The surge of fires that raged across the Amazon in July and August has now spread to the country’s biodiverse savanna lands in the Cerrado, where the number of fires in September was double what it was a year ago.

There’s no question that most of these fires are the result of human actions to clear lands for the expansion of large-scale soybean, cattle and corn agribusiness operations, with many multinational agribusiness firms and their financiers implicated in the destruction. Now, we have evidence that the Cerrado fires are also linked to other US-based financial interests: the Harvard University Endowment and TIAA, the private pension fund that invests on behalf of millions of teachers, academics, nurses and government workers nationwide.