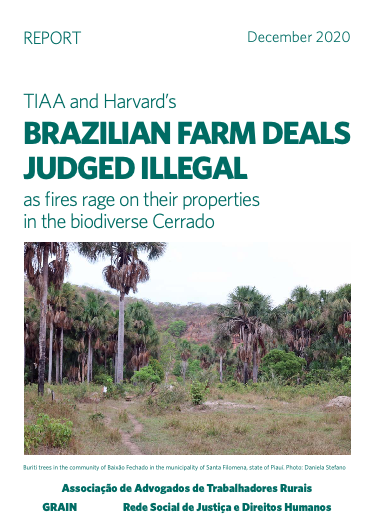 Two of Brazil's top public authorities on land in the Cerrado have dealt a major blow to the efforts of foreign companies to take over the region's farmlands. These judgements are detailed in a new report by AATR, Rede Social and GRAIN, as well as how fires are once again ravaging large areas of forests on TIAA and Harvard's Brazilian farms, exacerbating the climate crisis.